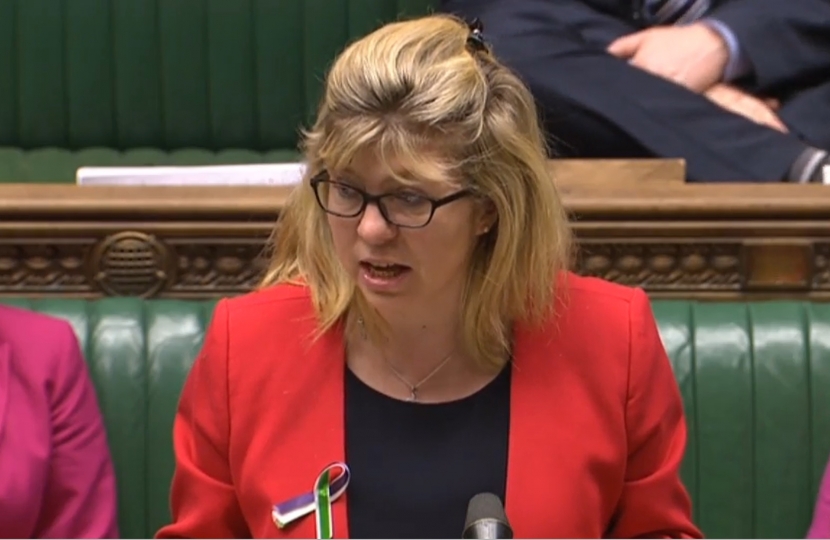 Maria Caulfield was born in 1973 to Irish immigrant parents living in Wandsworth, London, where she grew up on a council estate with her father and brother, following the death of her mother from breast cancer during her teens.

Upon leaving school she became an NHS nurse, later specialising in cancer treatment and becoming a Senior Sister at the Royal Marsden NHS Hospital.

Inspired by the energetic approach that David Cameron had taken in reforming the Conservative image, and concerned by the state that the NHS had been left in following many years of Labour Government, Maria joined the Conservative Party. Maria then stood, and won, a former Labour seat on Brighton & Hove City Council. During this time she held the Housing portfolio, working alongside local residents, other local councillors and construction companies in the Falmer area in order to minimise the impact and disruption of the multiple developments in the area including the BACA academy, the Amex stadium and the A270 Lewes link road.

Encouraged by the positive work that she was able to carry out during her time on Brighton & Hove City Council, Maria then decided that she would put herself forward to become the Conservative candidate for the Lewes constituency ahead of the 2015 General Election.

Once selected, Maria campaigned rigorously on a wide-range of issues, many of which had been ongoing and remained un-resolved during Liberal Democrat Norman Baker’s 18 year tenure as the Lewes MP.

On 5th May 2015, Maria’s hard work was rewarded, as she swept away the Liberal Democrat MP’s majority of 7,647, and gained herself a majority of 1,083. Upon receiving the result, Maria said “I would like to thank the Conservative Party for choosing a working class nurse like myself for this seat because very often you hear about politicians not being from the real world and I certainly am."

Work within the constituency started immediately, as the new Conservative Member of Parliament for Lewes started to take to task the mounting concerns – both local and national - facing her constituents.

Maria has proven her worth not just to the Lewes constituency, but to the Conservative Party, proving along the way why fielding candidates from backgrounds like her own is so vital to the future success of the Conservatives across the UK.

Maria Caulfield was re-elected as the Member of Parliament for Lewes on 8th June 2017 with 26,820 votes, a significantly increased majority of 5,508. In the Government reshuffle on 8th January 2018 Maria was appointed Vice Chair for Women of the Conservative Party.

In the 2019 General Election Maria Caulfield was re-elected with 47.9% of the vote, giving her a third election victory in four years. In the following government reshuffle Maria Caulfield was appoint as an Assistant Government Whip, focusing on the work of the Departments for Culture and International Trade, while also looking after the welfare of a group of MPs.

Maria Caulfield made her first appearance at the government despatch box to close the debate on International Women's Day on 5th March 2020. She was standing in for the Women and Equalities Minister who was on maternity leave at the time.

Maria Caulfield continues to work hard for everyone in the Lewes constituency holding regular surgeries and advocating successfully on issues across the constituency.