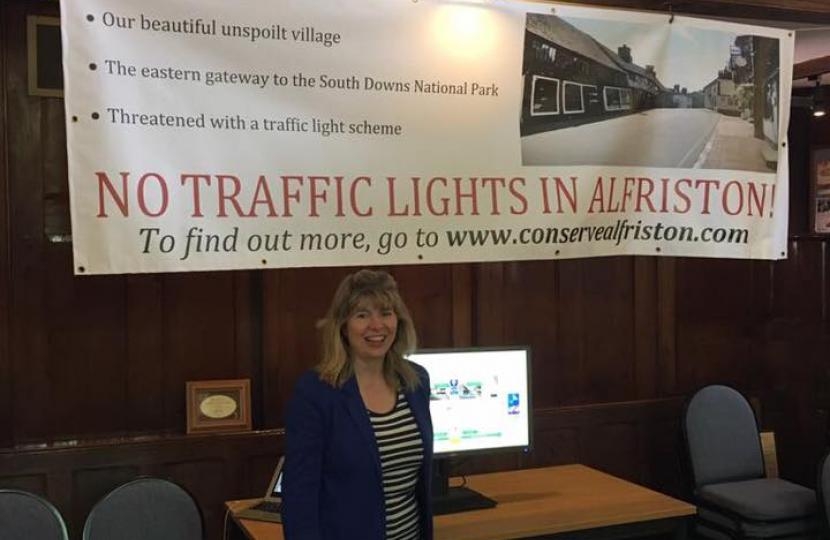 Maria Caulfield MP has welcomed East Sussex county Council’s recommendation that it does not go ahead with proposals for permanent traffic lights in Alfriston.

The traffic lights were trailed in Alfriston last year as a way to prevent vehicles having to mount the pavement to pass each other when going through the village centre. Whilst it was found that this problem was solved by the traffic lights it created lengthy queues of traffic which in turn meant cars had to mount the pavement elsewhere in the village to pass the queuing traffic. The County Council is now recommending a consultation on a 20mph speed limit throughout Alfriston, changes to single yellow lines in the village and improved signage on the A259 and A27 to keep large HGVs out of Alfriston.

Maria Caulfield MP said “Some sections of the community were in favour of traffic lights but it was shown during the trial that the lights pushed the problem further out from the centre of the village rather than solving it. The majority of responses to the consultation were also against the plans. I will be working with Conserve Alfriston, the Parish Council and local residents to help work out the best way forward for Alfriston.”