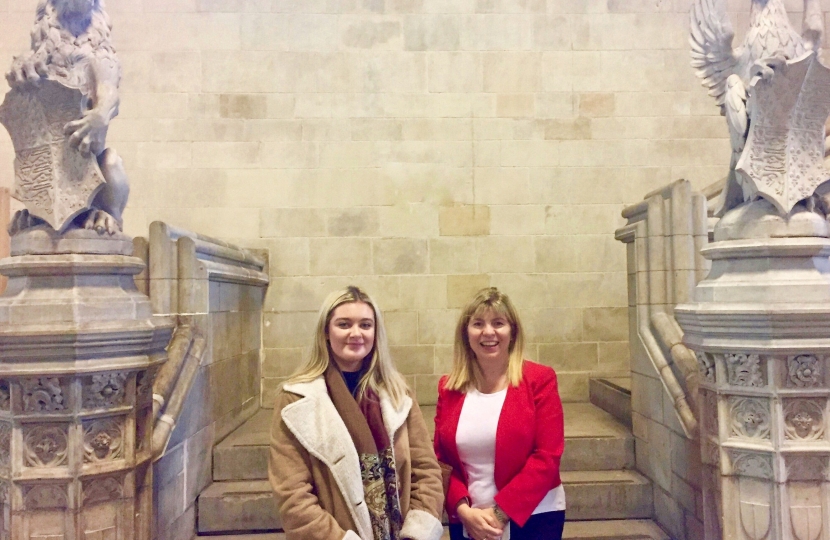 This afternoon, a Bill that could bring an end to the current situation in which the odds of surviving a cardiac arrest are reliant on your postcode, has the chance to go before the Commons for its second reading.

The Defibrillator (Availability) Bill - which is now published and can be viewed here – has seen Sussex MP Maria Caulfield work alongside local defibrillator campaigner and Young Mayor of Seaford Jessica Batchelor, as well as with a number of charities, including the OK Foundation, British Heart Foundation, British Red Cross and St Johns Ambulance.

Most recently the Bill – which highlights the importance of defibrillators being available within rural communities, such as those within the Lewes constituency, as well as in schools - prompted Labour MP for Garston and Halewood Maria Eagle to launch an adjournment debate on the subject – which can be viewed here – where she joined with parliamentary colleagues in praising the bill and called upon others to support it.

Every single year in the UK, 30,000 people suffer a sudden cardiac arrest. Sadly, just less than 1-in-10 of those people survive. Early access to a defibrillator is vital. For every minute that passes, chances of survival drop by 10%. It's shocking that in the UK every week 12 young people die from a cardiac arrest and could be saved if defibrillators were available in local areas.

“Depending on parliamentary business, today could see this important Bill go forward for its second reading in the Commons Chamber. If however, this is not possible today, I welcome the opportunity to bring the Bill back to the House at the end of February.”

“Already this Bill has raised the public profile of defibrillators across the country, whilst also bringing it to the attention of Ministers across Government, and I look forward to meeting with Health Ministers to discuss the Bill shortly.”

“I would again like to thank all of those that have supported me in getting the Bill to this stage, and I look forward to continuing to work with them on this important issue in the coming months.”