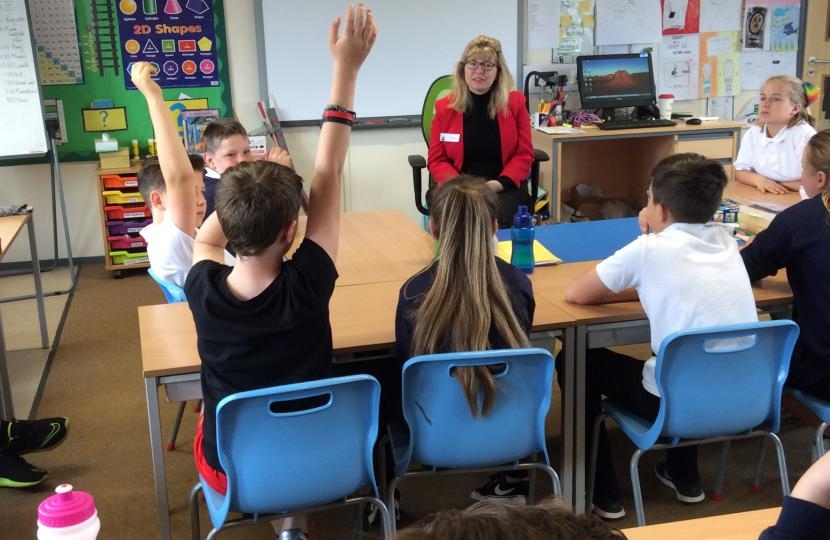 Latest figures from the Department for Education show that National Funding Formula per pupil funding is set to rise in every school in the Lewes constituency.

Maria Caulfield MP said “One of the most important things in life is a good education. This is why I have been campaigning for increased school funding since being elected. I am pleased that yet again we are seeing another year where every school in my constituency is set to receive an increase in NNF per pupil funding.”

“This will help to ensure that our hard working teachers are able to provide a brilliant education to local children at all schools in the Lewes constituency. I hope that when East Sussex County Council come to confirm the funding for each school that none of the schools in Lewes receive less than this, I would encourage all schools and County Councillors to feed in to the local Schools Forum to ensure this doesn’t happen.”

These figures are notional, demonstrating what schools attract under the National Funding Formula. In 2022-23, local authorities remain responsible for determining schools’ final allocations through their own local funding formulae, using the total funding they receive for schools through the NFF. The NFF minimum per pupil funding levels are, however, mandatory as part of local formulae. In future, government intends to move to a system in which the national funding formula directly determines the allocations that schools receive.

The average per pupil funding increases used for constituencies are weighted averages: each pupil is assigned the same per pupil change in funding as their school, and the average of these differences is found for all pupils. The per pupil increases are also based on pupil-led funding only: that is, the elements of the NFF that are based on a school’s pupil numbers and characteristics (roughly 90% of all funding through the formula).

The school allocations shown here are for funding for 5-16 year olds in mainstream schools; special schools and alternative provision are not included as they are funded separately.