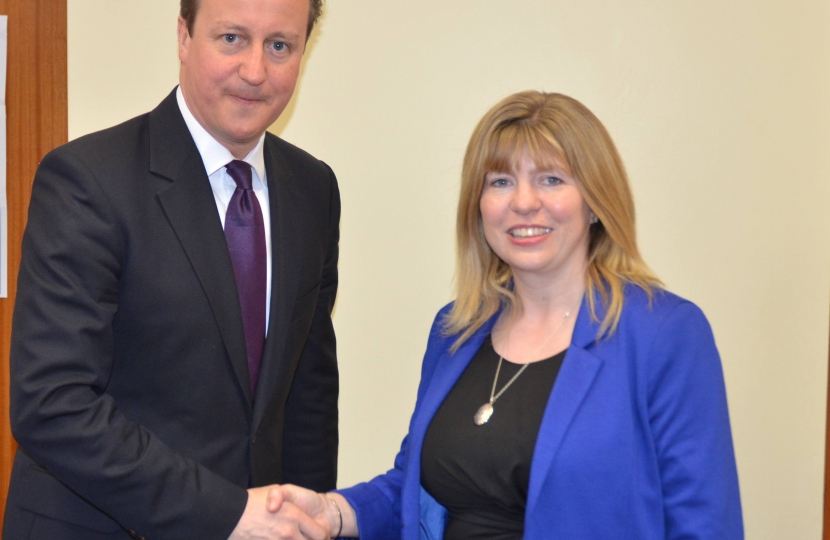 I managed to meet with the Prime Minister, David Cameron, during his recent visit to Peacehaven where he answered questions on key issues affecting the constituency. During this visit residents and local councillors from areas including Ditchling, Chailey  and Seaford  were invited to discuss concerns with him which included questions on the poor road and rail links across the South coast and routes to London. The Prime Minister heard first-hand how difficult it is for businesses and individuals to get across the constituency. The poor road and rail network is really holding back businesses and I was only talking to some small business owners in Lewes town on Saturday who told me that the road network is starting to affect their trade with shoppers tempted to go elsewhere rather than risk sitting in traffic on the A27, so I was really pleased this issue was raised. The delays are estimated to cost the Sussex economy £2 billion a year which is £29,000 loss for every business in the county.

Discussions with the Secretary of state for Transport are being held next week to specifically discuss upgrading the A27 and I for one will be supporting this as for too long this issue has been put on the back burner. I will also be supporting the case for the Brighton Main line 2 scheme which will see the possible re-opening of the Lewes to Uckfield line which will offer extra capacity to our overcrowded rail network

Other issues that were raised with the Prime Minister included on of our local councillors from Seaford welcoming the protection of winter fuel payments and bus passes for the elderly during this Parliament. Other topics local residents raised included a request to increase the Inheritance tax threshold which the Prime Minister was very supportive of, the issue of nursing home fees, where the Prime Minister clarified how the new cap meant people would be less likely to have to sell their homes to pay for long term care and the welcome news that pensioners would be able to access their saving more easily under new rules introduced in last week’s budget. Following the event, I discussed with the Prime Minister last week’s budget and highlighted the positive feedback that local people and in particular small businesses  had provided especially around the fuel duty freeze.

Local people really appreciated the opportunity to raise issues directly with the Prime Minister and I was pleased to see a number of areas in the constituency represented today from Ditchling to Polegate.