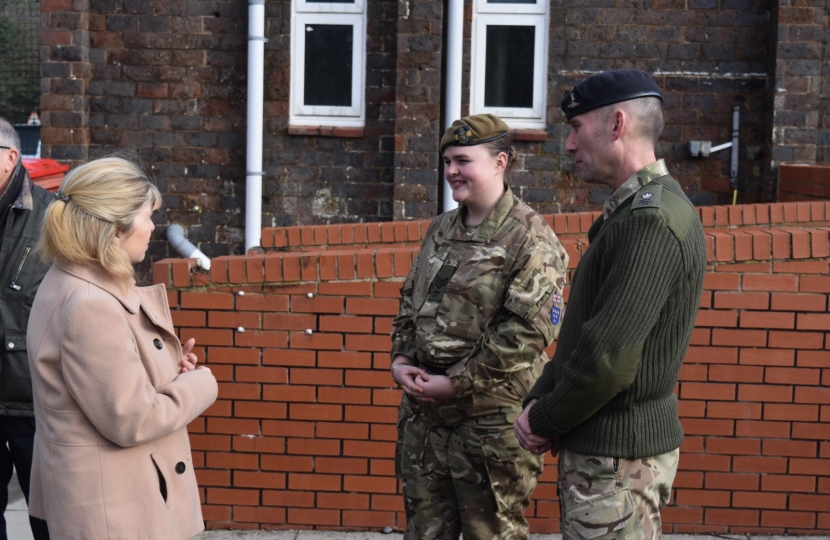 Maria Caulfield MP has backed the Overseas Operations Bill as it passed the House of Commons.

The Overseas Operations Bill will see armed forces veterans protected from vexatious claims and repeated investigations that have blighted so many lives in recent years. This has come because veterans previously cleared of wrong doing when serving our country in Northern Ireland or overseas in Iraq and Afghanistan have been repeatedly re-investigated many years after the events in question with no new evidence to warrant re-opening of investigations.

This has brought misery to the lives of many older and vulnerable veterans who had thought their names had been cleared.

Maria Caulfield MP said “The Overseas Operations Bill is vital to ensure veterans are protected from continued vexatious investigations again and again many years after the incident and after clearing their names. My husband served in Northern Ireland so I can completely understand how these veterans and their families feel. This Bill, which the Liberal Democrats voted against, will help protect our veterans and current armed forces personnel serving our country across the world. It is timely that this Bill to protect our veterans should pass the House of Commons so close to Remembrance Sunday when we will remember those who have given so much for our freedoms.”

The Overseas Operations Bill will now go to the House of Lords for consideration.