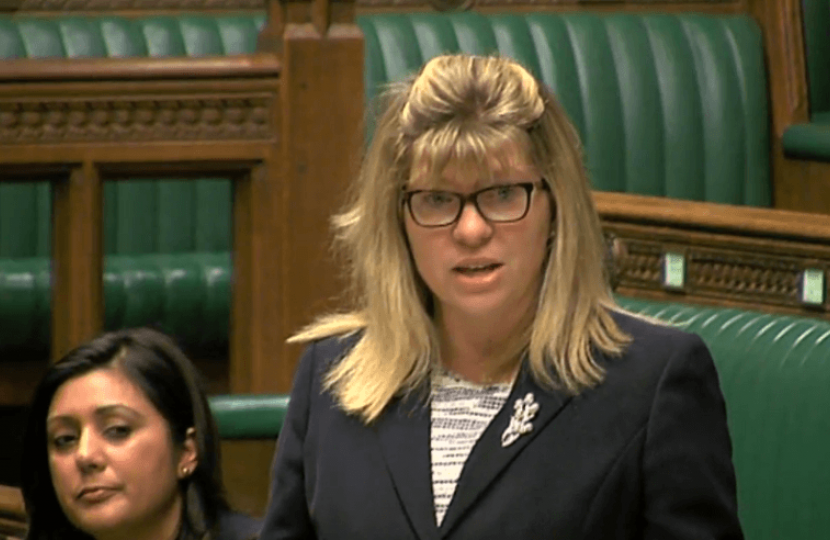 Proposals included within an Opposition Day Debate on prisons this afternoon have been labelled as failing to tackle the issues facing prisons, by the local Member of Parliament for Lewes, Maria Caulfield.

Speaking during the debate, the Lewes MP first paid tribute to prison staff, particularly those at HMP Lewes, and requested that the Shadow Prison Minister might consider visiting HMP Lewes - which was mentioned within the oppositions motion - following in the footsteps of the current Prisons Minister Sam Gyimah.

The Sussex MP then turned to some of the local issues being faced at HMP Lewes, including the growing number of sexual offenders entering prison which is adding pressure to the system, the age of the prison physically as well as recruitment. The Government were praised on proactively aiming to tackle these concerns, whilst the oppositions motion was labelled as failing to tackle the issues facing the prison service.

Rounding up her speech, the Lewes MP said:

" In the minute and a half remaining, I want to support what my hon. Friend the Member for Salisbury (John Glen) said about the Opposition. Labour Members have not even touched on what motivates people to commit crime, and therefore enter prison, in the first place. We know that a quarter of prisoners have been in care at some point in their lives, that 59% of those entering prison are reoffenders who have been in prison before, and that about three quarters of prisoners have problems reading or writing.

We absolutely have to deal with the way in which people enter prisons. I have talked to young people in Newhaven Foyer in my constituency, many of whom have come from the care sector. Many of them deliberately committed crime to get into prison, because they were not confident about getting housing or care, and many of their friends are in prison already. Until we address issues relating to life chances, the same people will be going through the prison system.

I know that the Ministry of Justice is not working in isolation. It is working with the children’s Minister, with the relevant Health Minister on mental health problems, and with the Housing Minister to deal with housing problems. That is why I am so disappointed with the ​Opposition motion, which fails to tackle any of the factors that contribute to prisoner numbers and shows no understanding of them at all. "

To watch the speech in full click here, and to view Maria's interventions click here and here