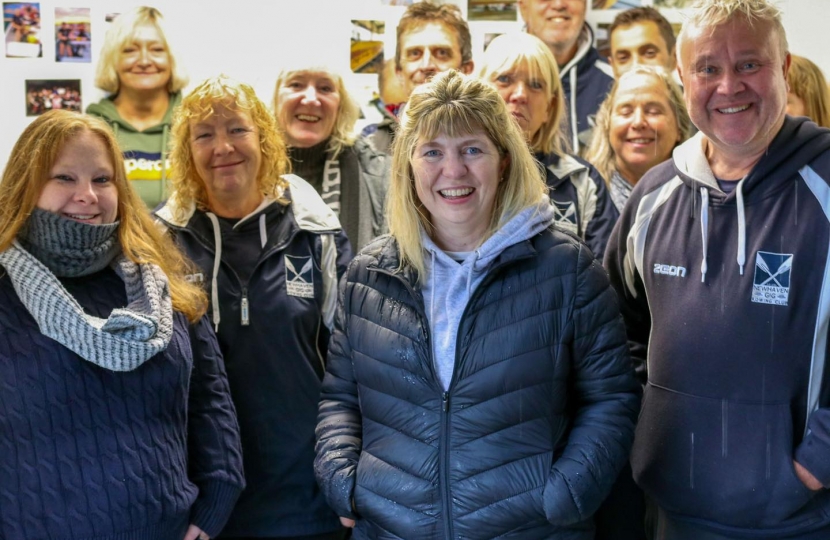 Maria Caulfield MP has joined members of the Newhaven Gig Rowing Club for the opening of their new clubhouse.

Founded in 2016 Newhaven Gig Rowing Club is a friendly, local, inclusive rowing club with a single aim of getting people out rowing. Gig boats are originally from Cornwall and NGRC is proud to be the Eastern most Gig rowing club in the country.

The club has now moved into their new home on the Railway Quay next to The Sidings.

Maria Caulfield MP said “I was delighted to be invited to join Newhaven Gig Rowing Club members for the opening of their new clubhouse on Railway Quay, which looks fantastic. It is such a shame that the weather was too bad for us not to get out on the water, so I look forward to going back again in the future to give gig rowing a try! The club are always looking for new members and previous rowing experience is not needed.”

Further information about Newhaven Gig Rowing Club can be found at https://ngrc.co.uk/

Maria Caulfield MP: Budget shows how the Conservative Government is delivering a stronger economy for people in the South East

Maria Caulfield MP has welcomed the Chancellor’s Autumn Budget and Spending Review, which provides the foundations for a stronger economy in the South East as the country continues its recovery from the pandemic.