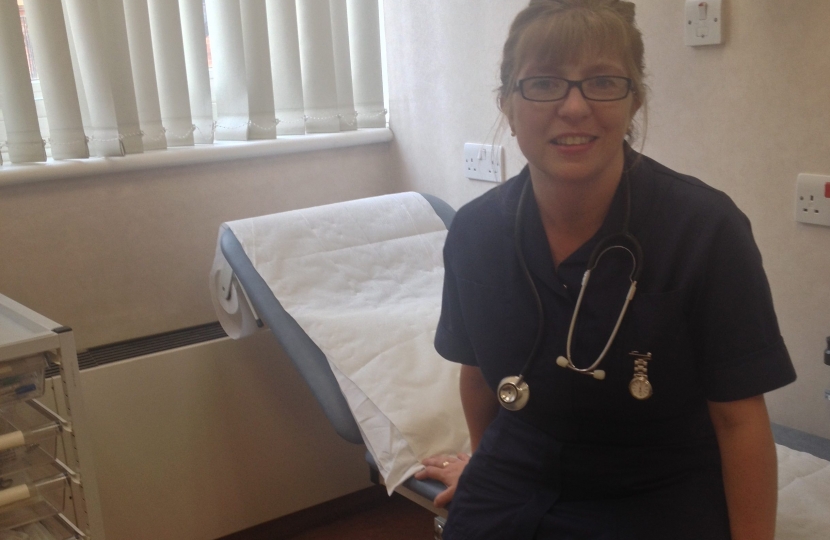 Maria Caulfield MP has welcomed news that the Department for Health and Social Care is investing £13.86m into East Sussex Healthcare NHS Trust over the next three years. With a question on the issue at Prime Ministers Questions.

Eastbourne District General Hospital which serves many residents in the Lewes constituency, was only a few years ago facing being downgraded but the Conservative Government has recently announced record levels of investment into the NHS.

Maria Caulfield MP has been lobbying Ministers to ensure that some of this funding reaches frontline services that are used by her constituents.

Replying on behalf of the Prime Minister, Dominic Raab the Foreign Secretary said “I’m delighted with the new investment going into her constituency. We have backed the NHS with almost £34bn a year by 2023/24. There’s an extra £1.8bn going into 20 hospital upgrades and we are also providing £250m to boost artificial intelligence so we can improve earlier cancer detection, new dementia treatments and personalised care. All that would be at risk by a Labour Party or a Labour government that would tank the economy.”

Following PMQs Maria Caulfield MP said “I am pleased that the Conservative Government are investing record levels of funding into the NHS and particularly that they are doing so in Eastbourne District General Hospital which is used by many of my constituents. When I was first elected Eastbourne DGH was under threat of closure when services were being downgraded. Now it has a bright future with this £13.86 million investment.”

“I’d like to thank all of the staff at Eastbourne DGH for all of their hard work.”

Interview with The Parents Zone and Google as part of a virtual #BeInternetLegends livestream assembly on the importance of online safety.