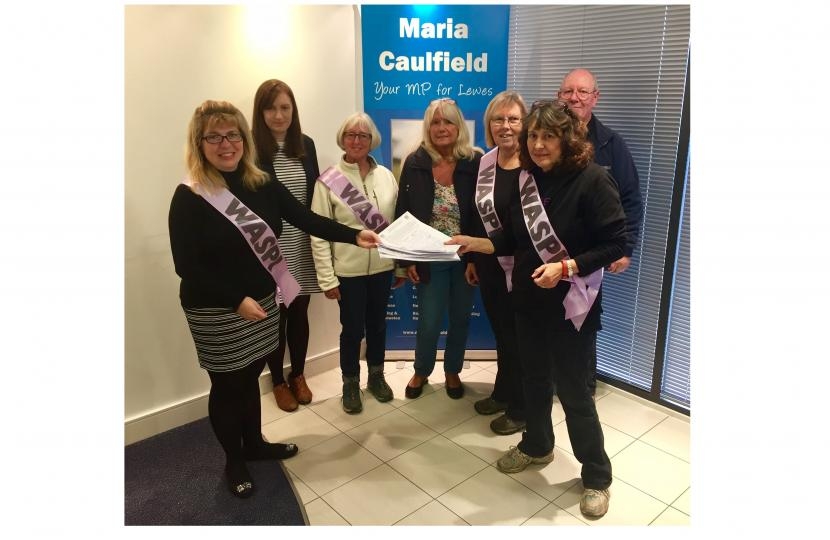 Maria Caulfield MP has welcomed the findings of the Parliamentary and Health Service Ombudsman’s investigation into previous government’s communications with WASPI women.

The Lewes MP was one of the Members of Parliament who referred cases to the Ombudsman to begin the investigation.

The PHSO found that from 2005,  the then Government did not make reasonable decisions based on the information available or communicate with sufficient urgency.

In 2004, DWP research into awareness of changes to State Pension age showed that information about the changes was not reaching the people who needed it. The research report recommended that information be targeted at those who would be affected by the changes. DWP did not do enough to act upon the research findings. The steps DWP took in 2005, having considered the research and discussed the options, had already been tried. DWP failed to take adequate account of the need for targeted and tailored information or of how likely it was that doing the same thing would achieve different results.

In 2006, DWP proposed to write to women individually to tell them about changes to State Pension age, but it failed to act quickly enough, or to give due weight to how much time had already passed since the 1995 Pensions Act.

The PHSO found that these failings amounted to maladministration and will now consider the impact of these failings on the women affected and what recommendations may be needed to remedy any associated injustice.

Maria Caulfield MP said “I have long stood by the WASPI women of the Lewes constituency and fought their corner. I welcome the findings of the Public Health Service Ombudsman and their findings that the DWP under the previous Labour government had failed and that this amounted to maladministration. I await the recommendations from the PHSO regarding actions to remedy this situation.”