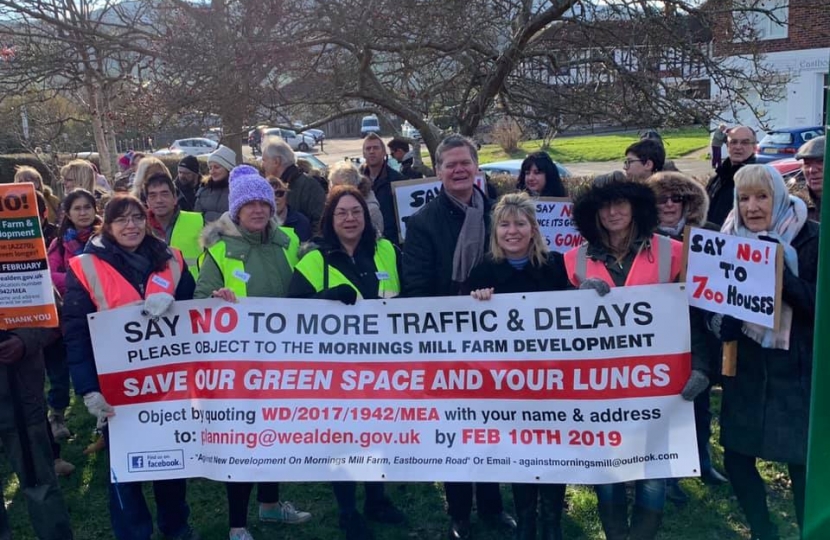 Maria Caulfield MP, the newly re-elected Member of Parliament for Polegate, has welcomed news that the Planning Inspector has rejected an appeal for the Mornings Mill Farm site in Polegate.

The proposed development would have seen 700 properties build on the greenfield site on the edge of Polegate. Maria Caulfield MP had previously called on the developer to build a new medical centre on the site to help the local area cope with so many additional people, however the developers decided to maximise the number of properties on the site, leaving local GP surgeries and other infrastructure to struggle with potentially thousands more people moving into the area. Maria Caulfield MP joined many local residents as well as the neighbouring MP for Eastbourne in a protest at the site earlier this year.

The plans were rejected by Wealden District Council but appealed by the developer leaving the Planning Inspector to make the final decision to reject the development.

Maria Caulfield MP said “I am pleased that the Planning Inspector was able to listen to myself and many local residents who were very concerned about the potential new development going ahead without the necessary new infrastructure being included in the plan. The local GP services in Polegate are already under great pressure and without a new surgery in this development they really would have struggled with so many new patients.”

“I hope that the developers will re-think their application and recognise the changes that are needed before submitting any new application to Wealden District Council.”