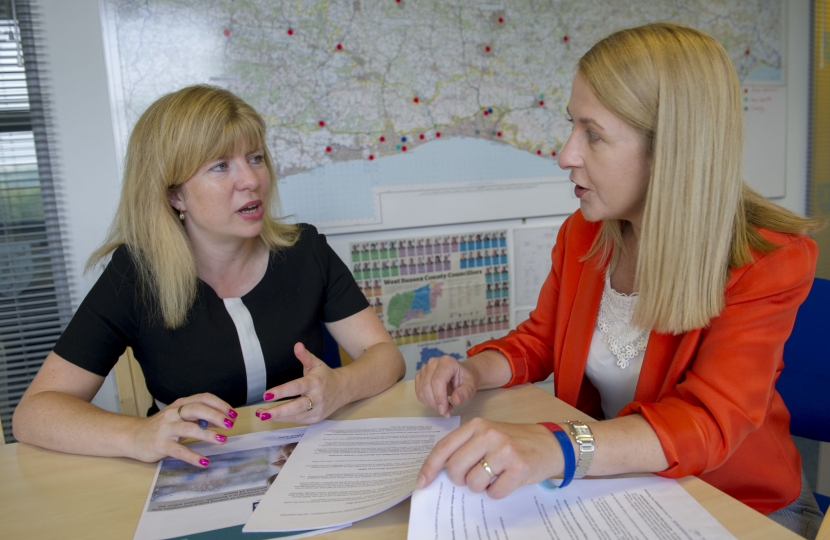 Maria Caulfield MP has welcomed news that Sussex Police will receive an extra £22.2 million to tackle crime and keep our streets safe – an increase of 7.7% from last year.

The Conservatives have announced an increase of up to £1.1 billion for police forces throughout England and Wales, to ensure our police can focus on keeping communities safe.

It comes on top of the Conservatives’ plan to recruit an extra 20,000 police officers, along with ensuring they have more powers and better kit. Sussex Police is already set to receive an additional 129 officers this year, with more to come in the future.

As a result, overall police funding is set to increase by the biggest amount in a decade. This will see more money available to recruit, train and equip police officers, as well as investment in national priorities like tackling serious and organised crime, and our counter-terrorism capabilities.

Maria Caulfield MP has urged Labour MPs to vote in favour of this much-needed funding settlement when it comes before Parliament. The Labour Party voted against a similar settlement for the police last year, which would have denied forces an additional £970 million.

Maria Caulfield MP said “I am delighted that police funding in for Sussex Police could increase by up to £22.2 million next year. We made a commitment to people at the election that we would crack down on crime and back our brave police to get on with the job, and we are wasting no time in delivering on that promise now.”

“The Conservative Party will always ensure that the police have the powers and resources needed to keep our citizens and communities safe. Locally I know that residents want to see more police officers in our towns and we have named PCSOs coming to our rural communities to enable Sussex Police to tackle crime across the Lewes constituency.”

Home Secretary Priti Patel MP said “This Government is delivering on the people’s priorities by giving policing the biggest funding increase in a decade. It will mean more officers tackling the crime blighting our streets, so people can feel safe in their communities.”

“The police must now make full use of this significant investment to deliver for the public.”

Maria Caulfield MP has welcomed the announcement that Seaford Head School will benefit from funding to improve school facilities.