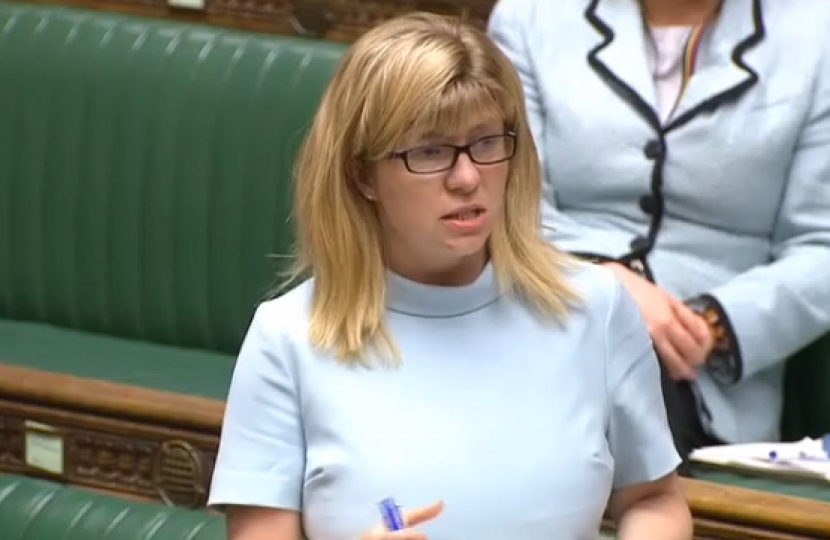 Maria Caulfield MP has joined a cross-party group of MPs to call on the Government to cut wine duty in the next Budget.

The All-Party Parliamentary Wine and Spirit Group is concerned that duty on wine has increased significantly more than on spirits and beer over recent years – by 12% since the announcement to scrap the duty escalator in 2014 compared to 2% for spirits and a decrease of 0.2% for beer. The APPG has been provided with startling evidence that shows that the impact of duty increases has reduced consumer demand, damaged the UK wine industry and decreased revenue to the Exchequer.

Following the February 2019 increase in wine duty, sales data for the four months from February to the end of May shows a 2.9% decrease in the volume of still wine sales and a 5.6% decline in sparkling wine and champagne sales. Over the same period, when duty on beer and spirits was frozen, sales were up by 2% and 1.3% respectively.

Maria Caulfield MP said “Our local vineyards in Lewes, such as Breaky Bottom, Ridgeview and Rathfinny are some of the best in the country and it is such a shame to see the evidence that people may be put off buying some of these great wines because of the increased amount of tax on them. As the evidence has shown with beer duty, lower taxes increase demand meaning a higher return for the Treasury and a boost in business for producers.”

“I have been part of successful campaigns to keep beer duty low and now the Treasury must recognise the impact that tax is having on the wine industry, including here in Lewes.”