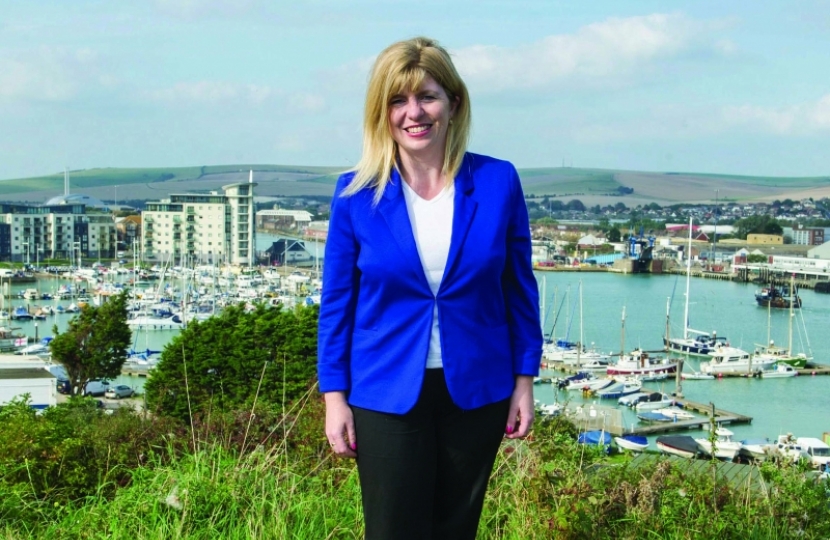 Local MP Maria Caulfield is supporting a campaign to raise funds for a permanent fishing memorial in Newhaven to commemorate fishermen who have sadly lost their lives at sea off the Sussex Coast.

After the terrible tragedy last November where Adam Harper, 26, and Robert Morley, 38, were both onboard the Joanna C fishing boat when it sank, Maria is working with the family of Rob Morley to install a permanent memorial in the town. With the support of Newhaven Town council and the Mayor of Newhaven, Lesley Boniface, a suitable site has been identified and a design chosen by local sculptor Christian Funnell.

Now the effort is going to raise funds to pay for the memorial which will initially see the names of Robert Morley and Adam Harper added as well as Darren Brown, 37, who was swept out to sea when he jumped in in an attempt to cut free a rope that had become stuck in the propeller of his boat, Our Sarah Jane, in 2016.

The fund has already seen a lot of local support with the public and local businesses such as Old Bills Valeting in Seaford, offering donations by giving 10% of their takings in June to the fund.

Maria said “People are being incredibly generous. It is so important to the fishing community and the community as a whole that we have a permanent memorial to those who have lost their lives simply doing their job. Months after the terrible accident with the Joanna C people continue to leave flowers and candles and there is always someone at the temporary memorial just stopping to remember Rob and Adam. A permanent memorial would mean we will never forget as a town”.

To donate to the fundraising appeal, go to https://www.gofundme.com/f/memorial-for-our-lost-fisherman