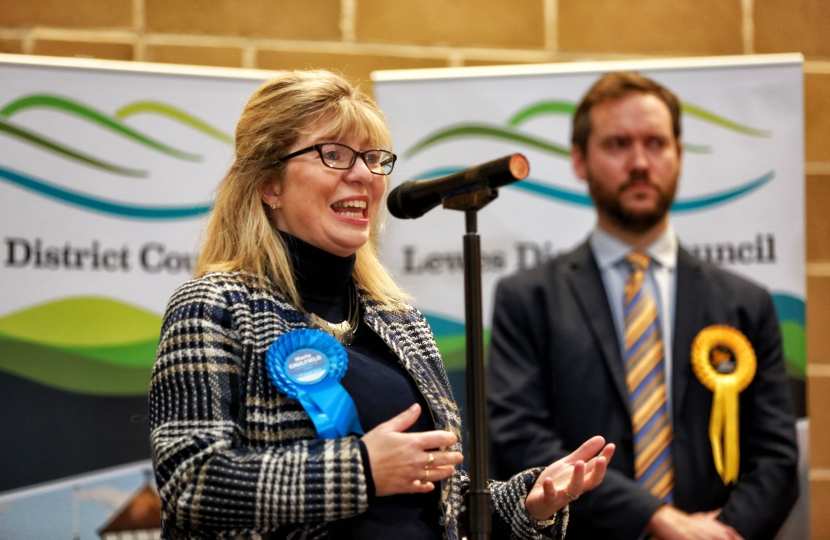 Following the snap General Election Maria Caulfield MP has been re-elected as the Member of Parliament for Lewes.

Maria Caulfield was elected with 26,268 votes equating to 47.9% of the votes cast. The win is the third time in four years that Maria Caulfield has been given the confidence of the people of the Lewes constituency to represent them in Parliament.

The result was announced just after 4am on Friday 13th December, and means that Maria Caulfield is part of the biggest Conservative election victory since 1987 securing a huge majority Government for the Conservative Party.

Maria Caulfield’s victory speech at the count included an offer to work together with local councillors of all parties to ensure improvements to local towns and villages across the Lewes constituency.

Maria Caulfield MP said “I would like to thank the people of the Lewes constituency for entrusting me to represent them in Parliament for the next five years. Now that the Conservative Party have secured a large majority we can now get Brexit done and focus on the issues that matter most to people such as our NHS, schools, policing and tackling the climate emergency.”

“I did not get into politics to argue over Brexit so I am looking forward to getting on with the many issues, both local and national, that fill my inbox and post bag every day and ensuring that my constituents see changes for the better locally.”