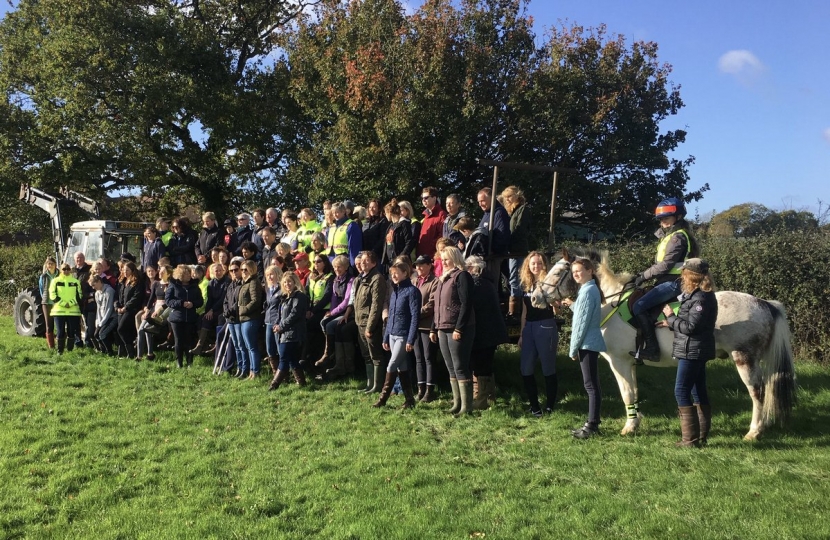 Maria Caulfield MP has presented her Parliamentary petition on quiet lanes in the House of Commons, with over 1,500 signatures from residents in Ditchling, Streat and Westmeston

Since an incident last year which saw a local lady knocked from her horse, which was later put down, Maria Caulfield MP has been working with local Councillors from all tiers of local government to improve road safety on local country lanes.

As part of this Maria Caulfield MP has been collecting signatures for a Parliamentary petition calling on country lanes in Ditchling, Streat and Westmeston to be designated quiet lanes to improve safety for all road users.

Quiet lanes allow for easier and safer use of roads by multiple users, including vehicles, equestrians and cyclists. This typically includes a reduced speed limit and other signs which request drivers to be mindful of other road users.

The petition gained over 1,500 signatures from residents in the local area.

Maria Caulfield MP said “This is such an important issue for local residents in the Ditchling, Streat and Westmeston area, as is shown by the high number of people who have signed my petition. I was pleased to be able to present this petition in Parliament and show this strength of feeling in the House of Commons.”

“I’d like to pass on my thanks to the many residents who have signed the petition and also to everyone who has gone out of their way to publicise the petition and collect signatures on my behalf. I certainly wouldn’t have been able to get so many signatures without the support of local residents.”