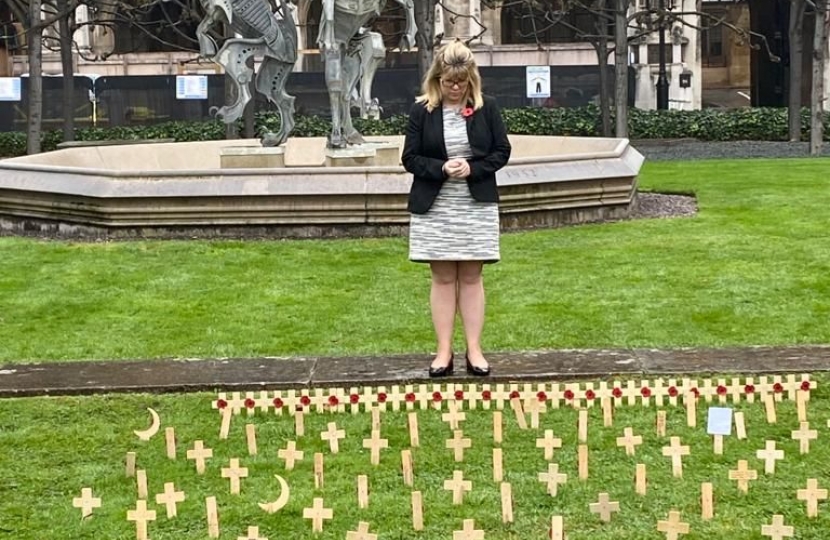 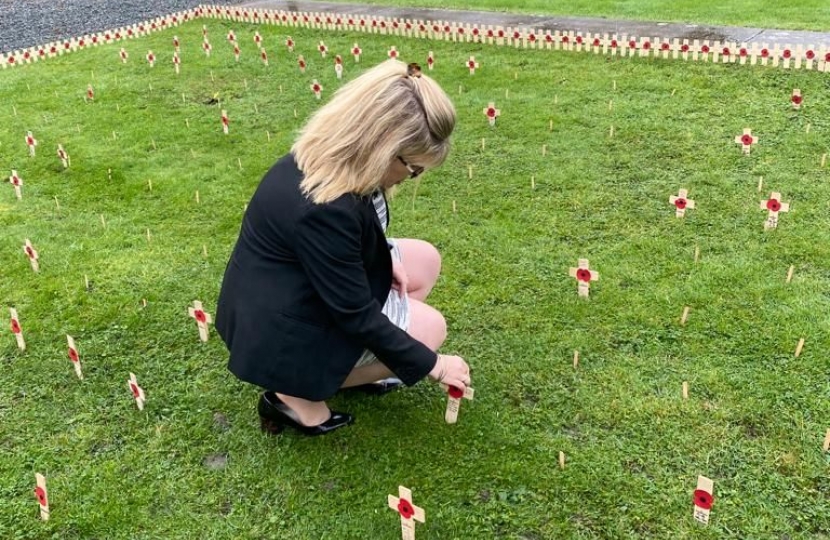 Maria Caulfield MP has laid a remembrance cross in the Royal British Legion Constituency Garden of Remembrance at the Houses of Parliament.

To mark the centenary of the Royal British Legion, the Speaker of the House of Commons, the Rt Hon Sir Lindsay Hoyle MP, invited Members of Parliament to lay a cross of remembrance in the inaugural Constituency Garden of Remembrance in New Palace Yard on the Parliamentary Estate.

When complete the Garden will contain remembrance stakes, crosses, crescents and stars from all 650 Parliamentary constituencies in the United Kingdom, the 54 member countries of the Commonwealth and the 14 British Overseas Territories.

The Lewes MP laid her remembrance cross and paused for a moment of reflection to remember all of those from the Lewes constituency who have given so much in the service of the United Kingdom and defence of freedom.

Maria Caulfield MP said “It is so important that in this 100th year of the Royal British Legion that we, as Members of Parliament, are able to come together and take a moment in the busy world of Westminster to remember those from our separate constituencies who have given so much for the freedoms that we enjoy in this country. I have laid a remembrance cross on behalf of all in the Lewes constituency who gave their lives for our country, who have served, and who continue to serve.”