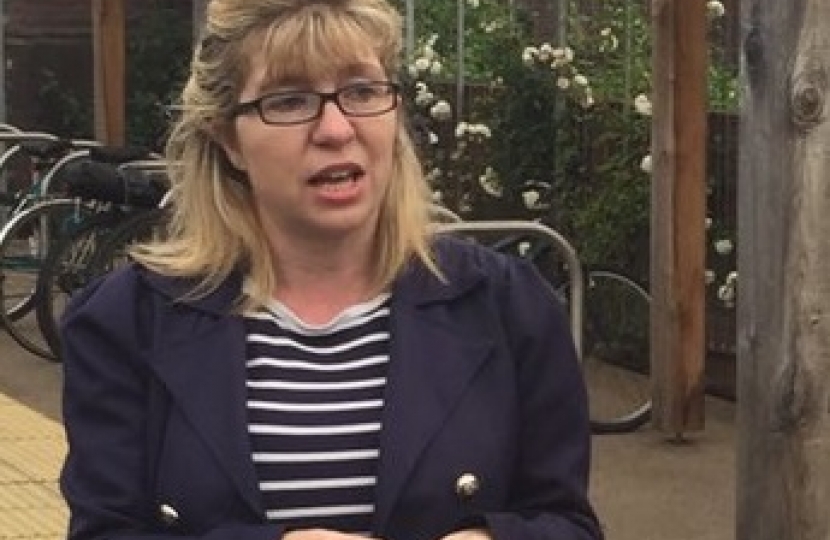 Under the current law those seeking asylum can be held in detention for an unlimited amount of time, without approval from any judge or court. Every year the Home Office locks up nearly 30,000 people, including asylum seekers, children, elderly people, pregnant women and survivors of torture, trafficking and rape.

Annually since 2015 the Refugee Tales project has walked in solidarity with Refugees, Asylum Seekers and Immigration Detainees across the South East. Maria Caulfield MP met with the campaigners as they passed through her Lewes Constituency.

Maria Caulfield MP said “I was pleased to join the Refugee Tales project on their walk across the South East when stopped off in my constituency. I believe that many asylum seekers have had horrendous experiences and are fleeing torture, violence, persecution, and often genocide. To then lock them up for possibly years with no predetermined time limit is wrong. I have therefore backed a 28 day limit on detention in Amendments to the Immigration Bill and hope that this will ensure that cases are dealt with in a timely manner, as whether someone is a genuine asylum seeker or not they should not be held in dentition for years on end.”