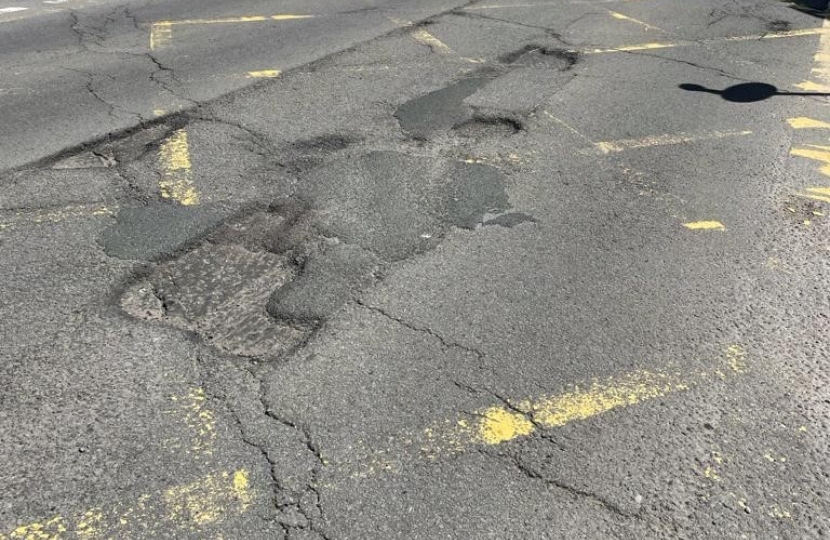 Abdul Ahmed, a local resident and business owner, has sent photos to Maria Caulfield showing the state of disrepair that North Way is in, particularly at the junction with Denton Island. There are several large pot holes, surface cracks, and a disappearing yellow box markings in the photo.

The Newhaven MP raised the matter with East Sussex County Council but was told that it was “in a good condition and doesn’t require resurfacing at this stage.”

Maria Caulfield MP said “This section of road has only recently been closed off as part of the ongoing roadworks around the whole of Newhaven ring road. It should have been resurfaced and repainted at the time. Residents are increasingly frustrated that they have endured many weeks of lane closures and total road closures, only for large sections of the road to remain in such a poor condition.”

“The government only recently gave East Sussex £5.9 million specifically for pothole repairs, so given that works have recently been done on this stretch of road there is no excuse for it to be in this state.”