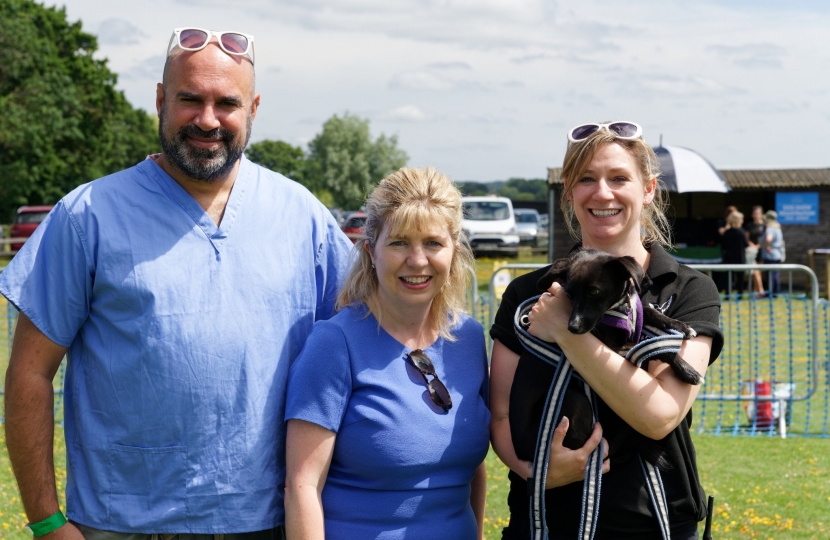 A new proposed law, introduced in Parliament by Conservative MP Chris Loder in February, will see the most serious perpetrators of animal cruelty face up to five years in prison, up from the current maximum of six months. The Bill passed its second reading in Parliament on Friday 23rd October.

These tougher prison sentences would be among the toughest sanctions for animal abuse in Europe, strengthening the UK’s position as a global leader on animal welfare.

The Bill follows a public consultation in 2017, in which more than 70% of people supported the proposals for tougher prison sentences for those guilty of animal cruelty offences. This could include dog fighting, cruelty towards domestic pets or gross neglect of farm animals.

Maria Caulfield MP said “I am an animal lover and love nothing more than spending time with my rescue cat Collar after a long day in Parliament. There is no place in our society for cruelty to animals and this Bill, which I am pleased to support is a further commitment for the UK to be a global leader in animal welfare.”

“I am pleased that the Bill was able to pass Second Reading on 23rd October and I am hopeful that given the strength of support in Parliament it will swiftly become law.”

Chris Loder, MP for West Dorset, said “It is high time as a nation that we take the lead on global standards for animal welfare and hand down tougher custodial sentences for those who inflict the worst kinds of cruelty on innocent animals.”

“My Bill, which I’m pleased has cross-party support and is fully endorsed by the RSPCA and other animal welfare charities, delivers a strong message to animal abusers that their behaviour will no longer be tolerated. We need to get it on the statute book and send a clear signal to potential offenders there is no place for animal cruelty in this country.”

The Bill will now go to Committee Stage, with Report Stage and Third Reading following this, before transferring to the House of Lords for further scrutiny.

You can track the progress of the Animal Welfare (Sentencing) Bill and read debates on all stages of the Bill’s passage on the Parliament website.

Maria Caulfield MP: Spending Review shows Conservatives commitment to fight coronavirus, deliver on its promises and invest in our recovery

Maria Caulfield MP has welcomed the Spending Review which provides billions of pounds in the fight against coronavirus, delivers on the Conservative’s promises it has made to the British people and invests in the UK’s recovery.