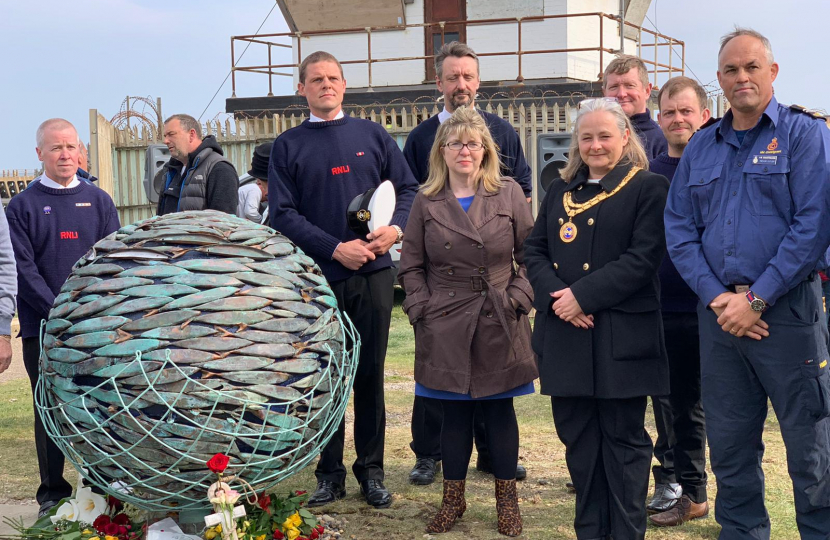 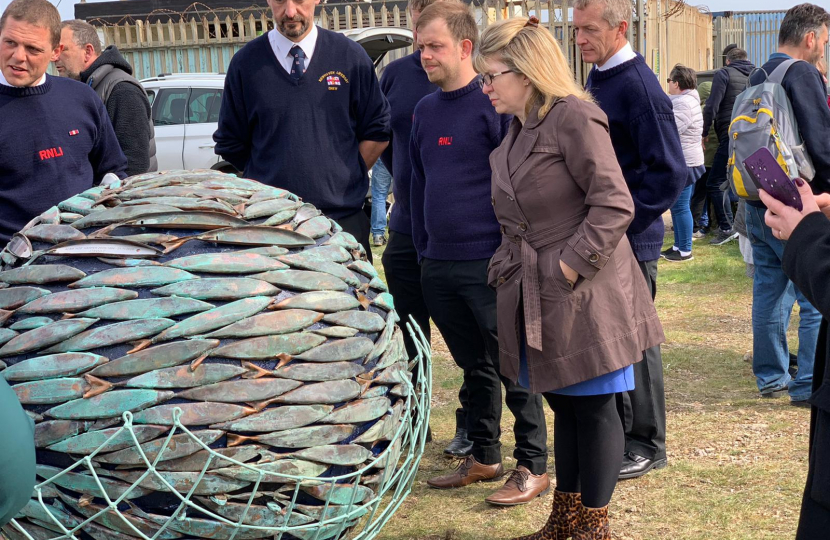 Newhaven MP Maria Caulfield has joined local residents and the members of the RNLI for the unveiling of the Newhaven Fishermen’s Memorial.

The Newhaven Fishermen's Memorial was erected following a campaign by the family of Robert Morley, who drowned when his vessel, the Joanna C, sank in November 2020 and was supported by the local MP Maria Caulfield.

The sculpture, which cost £13,000 to construct, was unveiled on what would have been his 40th birthday. It stands on the edge of the port of Newhaven, alongside the River Ouse, where fishing boats come in from the sea.

Maria Caulfield MP said “The people of Newhaven and beyond have been incredibly generous in raising thousands for this memorial to those fishermen, including Robert Morley and Adam Harper, who have been lost at sea. This statue, in a location that was so special to Robert Morley, will be a permanent memorial to him and all of the fishermen who have so tragically died. I hope that the families and local community will be able to use this beautiful spot as a place of remembrance and reflection.

“I am pleased to have been able to help the family of Robert Morley in their endeavour to have this beautiful memorial installed.”