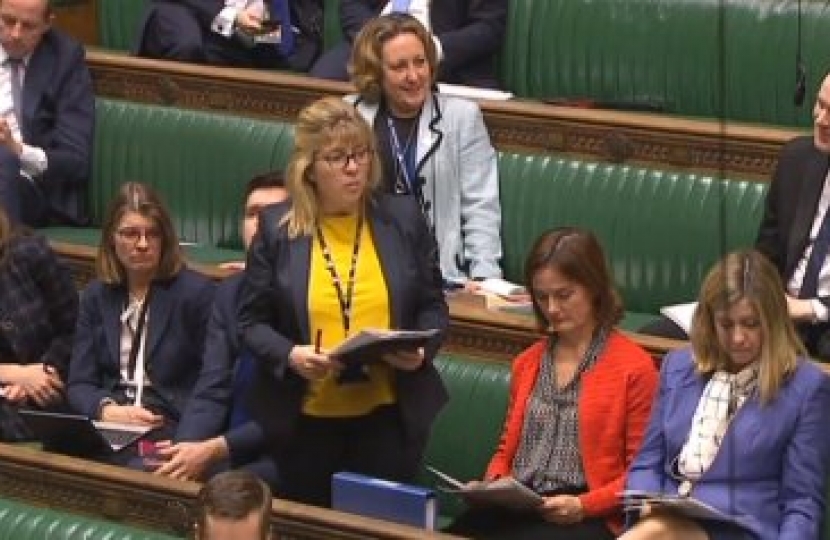 In November 2019 the Lewes MP called on the Parliamentary Pension Scheme, which handles the pensions of MPs and their staff, to phase out any investments in fossil fuels. At the time Maria Caulfield MP also supported the many organisations and Borough/District Councils urging East Sussex County Council to divest. Now Maria Caulfield MP has written to Cllr Gerard Fox, Chairman of the Pensions Committee, requesting that the County Council divest the 4% of its pension fund in fossil fuels.

Maria Caulfield MP said “As councils such as East Sussex declare a climate emergency, it is only right that their pension pot is not funding the companies helping to cause that same climate emergency. I have called on the Parliamentary Pension Scheme to divest and have supported the same for East Sussex’s pension fund.”

“I was disappointed to learn that the County Council had not committed to halving its pension fund’s exposure to fossil fuels as I was informed by Divest East Sussex, and does not plan to divest. In his response to my letter the Chairman of the Pensions Committee tells me that this welcome halving is almost by accident as a result of other decisions. I will continue to call for East Sussex County Council’s pension fund to completely divest from fossil fuels. As we move away from fossil fuels, it will not only be the pension fund’s recipients who will lose but all of us if they continue to fund the climate emergency.”

At a meeting last week the local MP, Maria Caulfield, the Parish Council and the Friends of Cuckmere met with The Environment Agency (EA) to work out an action plan to tackle the terrible problems the river Cuckmere has had in recent months with flooding in the winter and dying fish in the summer