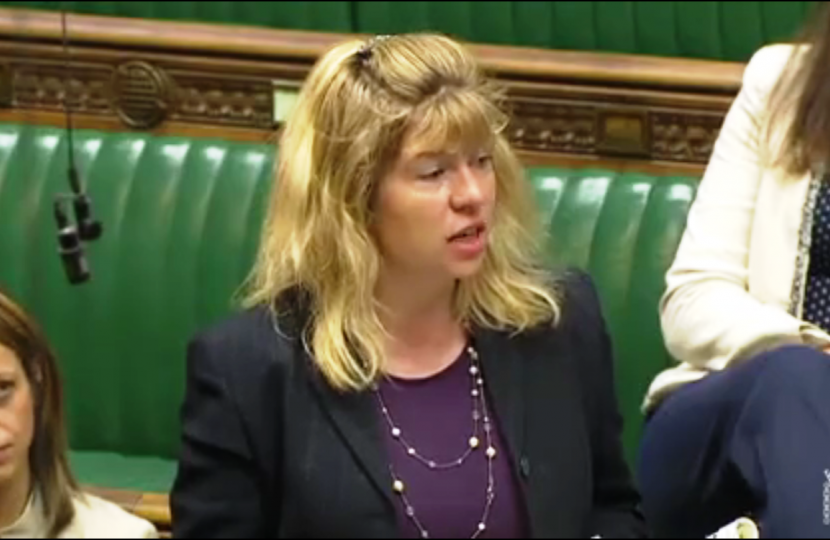 The Immigration Bill, which will bring in a new points based immigration system, has passed its Second Reading in the House of Commons with support from Maria Caulfield MP.

On Monday 18th May the government’s Immigration Bill passed its Second Reading in the House of Commons, with a majority of 99. Labour and the Lib Dems did not support the Bill and its aims of a new fairer global immigration system.

This represents an important milestone in paving the way for the new immigration system that will deliver for the UK for years to come and puts an end to the European Union’s rules on free movement. The bill signals the government’s commitment to delivering a fairer and skills led immigration system, attracting people based on the skills they have, not where they are from.

Maria Caulfield MP said “The Immigration Bill will end free movement from the European Union and pave the way for our new points-based immigration system. Whether someone is from Paris or Pretoria, Turin or Tokyo, if they have the skills, qualifications and job roles that we need in the UK then they should have the same opportunity to help contribute to the UK’s economy.”

The Home Secretary, Priti Patel said “This historic piece of legislation gives the UK full control of our immigration system for the first time in decades and the power to determine who comes to this country. Our new points-based system is firmer, fairer, and simpler. It will attract the people we need to drive our economy forward and lay the foundation for a high wage, high skill, high productivity economy.”

This is a once in a generation opportunity to build a future that works for the whole of the UK and for employers to focus on upskilling and investing in the workforce this country has. This bill gives the UK flexibility and control over its borders so it can attract top talent from around the world to complement the skills already here.

Talented doctors, nurses and paramedics from all over the world are currently playing a leading role in the NHS’s efforts to fight coronavirus and save lives and we thank them – and all our NHS staff – for the work they are doing. The new immigration system will make it easier and quicker for medical professionals around the world to work in the NHS through a new fast-track NHS visa.

Maria Caulfield MP has welcomed the announcement that Seaford Head School will benefit from funding to improve school facilities.