Farmers given a greater say in UK trade deals 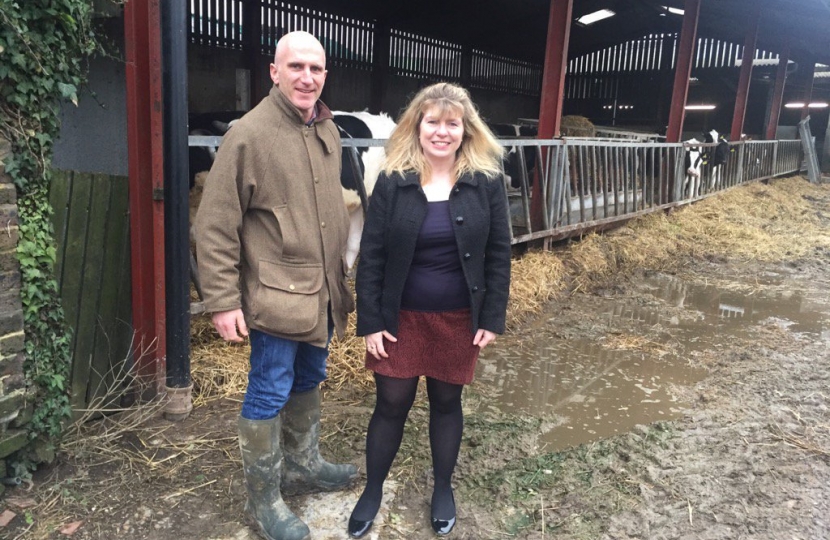 Farmers across the UK will be given a greater say in future UK trade deals as the Trade and Agriculture Commission (TAC) has been placed on a full statutory footing, in a move welcomed by Maria Caulfield MP.

The Commission was initially launched for a six-month period in July to bring together voices from across the sector and report back to inform top-level trade policy and negotiations.

Since then it has heard from dozens of experts on farming, animal welfare, the environment and trade, called for evidence from hundreds of key voices across the industry, as well as engaging local farmers, producers, businesses and MPs across the UK through a series of virtual regional roadshows.

Now, as Britain prepares to put into statute the trade deal struck with Japan and moves closer to becoming a fully-fledged trading nation, the Government has decided to extend the Commission past its previous fixed term and give it a more active role through a new legislative underpinning, to be reviewed every three years.

It will produce a report on the impact on animal welfare and agriculture of each free trade deal the government signs after the end of the EU transition period on January 1. This report will be laid in Parliament before the start of the 21-day scrutiny period under the terms of the Constitutional Reform and Governance Act.

The move – part of the government’s ambition to place farmers at the heart of its trade policy – will allow Parliamentarians access to independent and expert advice when reviewing the impact of each trade deal on farming.

The commission will continue to report to Truss and will continue with the report it is currently producing, which will advise on:

•             Trade policies the Government should adopt to secure opportunities for UK farmers, to ensure that animal welfare, food production and environmental standards are not undermined and to identify new export opportunities.

•             Advancing and protecting British consumer interests and those of developing countries.

•             How the UK engages the WTO to build a coalition that helps advance higher animal welfare standards across the world.

•             Developing trade policy that identifies and opens up new export opportunities for the UK agricultural industry – in particular for SMEs – and that benefits the UK economy as a whole.

Maria Caulfield MP said “This is great news for local farmers in the Lewes constituency. The experts from the farming industry will now have a much greater input into future UK trade deals. This is a clear commitment to the farming community, animal welfare and our promise to not reduce food standards in the UK in any future trade deals with countries like the United States.”

International Trade Secretary Liz Truss said “As trade secretary, I want deals that deliver for British farmers and help them sell more brilliant produce around the world. I will never sign up to anything that threatens their ability to compete, or that undermines their high standards.”

“Our trade policy is deeply rooted in British values – democracy, the rule of law, human rights and a fierce commitment to high food and farming standards. Any deal that does not abide by those values or deliver for vital industries like agriculture will remain firmly on the shelf.”

“The Trade and Agriculture Commission is an important part of our vision for a values-led and value-generating trade policy. It is about putting British farming at the heart of our trade agenda, and ensuring the interests of farmers and consumers are promoted and advanced as we move closer to becoming an independent trading nation on January 1st.”