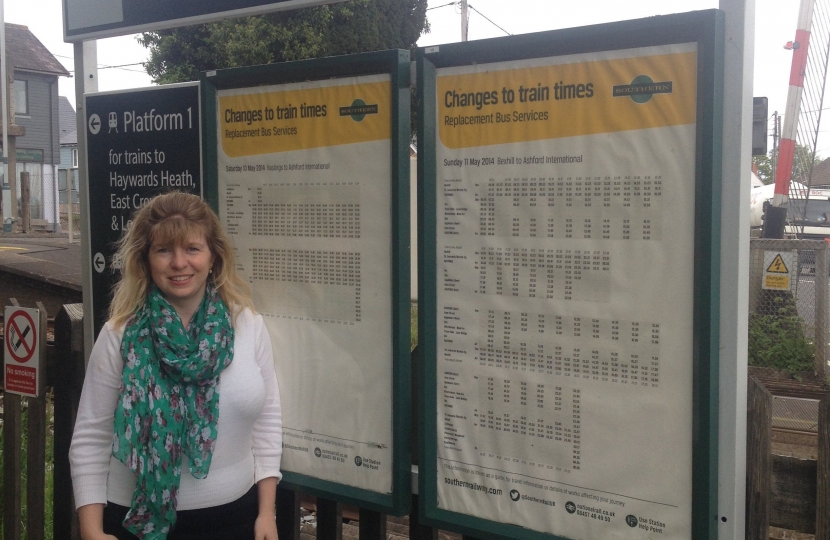 I have contacted Southern Rail, to ask them to increase the current rail services at Cooksbridge station. Cooksbridge which lies between Haywards Heath and Lewes, on the East Coastway line, currently only has trains stopping at the station during the week.

I have been contacted by a number of people, not just in Cooksbridge, but in areas like Newick, Barcombe and Offham who regularly use the station and who are fed up that there are no train services at Cooksbridge station at the weekends. This means if they want to go to places like Lewes, London or Eastbourne on Saturdays or Sundays they have to drive to stations such as Haywards Heath just to catch the train.

People recognise that it is unlikely that we will see an increase in midweek rail services any time soon but there is no reason why trains cannot stop at Cooksbridge at the weekend. It is a permanently unmanned station and so there would be no extra cost to Southern to implement these changes. Trains are passing through the station regularly so to stop for a few minutes at Cooksbridge would add only slightly to current rail journey times.

What annoys most people locally is that the level crossings are in constant use at the weekend to let trains pass through Cooksbridge and yet no one can get on them. In this day and age when we are trying to encourage people to use their cars less it seems crazy, for the sake of a few minutes; that trains do not stop here at weekends. I have asked Southern Rail to consider this option and look forward to their response.

I was delighted that this letter was published in the Sussex Express from local residents, pleased to see me working on this issue