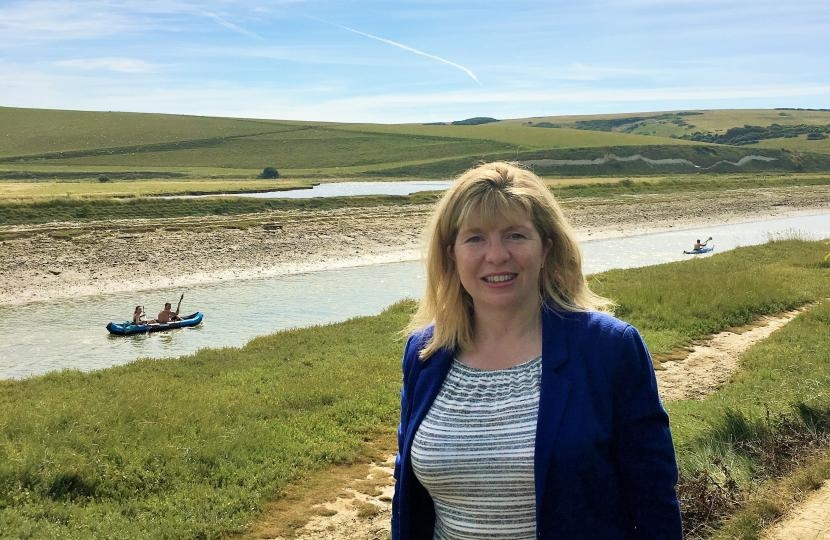 At a meeting last week the local MP, Maria Caulfield, the Parish Council and the Friends of Cuckmere met with The Environment Agency (EA) to work out an action plan to tackle the terrible problems the river Cuckmere has had in recent months with flooding in the winter and dying fish in the summer.

Following last year’s flooding, as a result of lack of dredging, Maria Caulfield MP supported the Pevensey & Cuckmere Water Level Management Board in their one off dredging of the river and has been working with them to convince the EA to devolve the powers to dredge the river to them. Over the summer again a lack of dredging led to problems with hundreds of dead fish in the Cuckmere as oxygen levels in the water plummeted as the lack of dredging stopped the flow of water. The local MP has continued to lobby the EA, who have now begun dredging the Cuckmere again.

Maria Caulfield MP said “Whenever the dredging of the Cuckmere is stopped we see problems, whether it is flooding of local fields or the mass death of fish in the river. It is great news that we have reached this deal with the Environment Agency to solve these problems and I am sure residents will welcome this news.”

New statistics showing 13,700 more nurses in the NHS have been welcomed by Lewes MP and NHS nurse Maria Caulfield MP.