50,300 homes and businesses in East Sussex to benefit from broadband upgrade 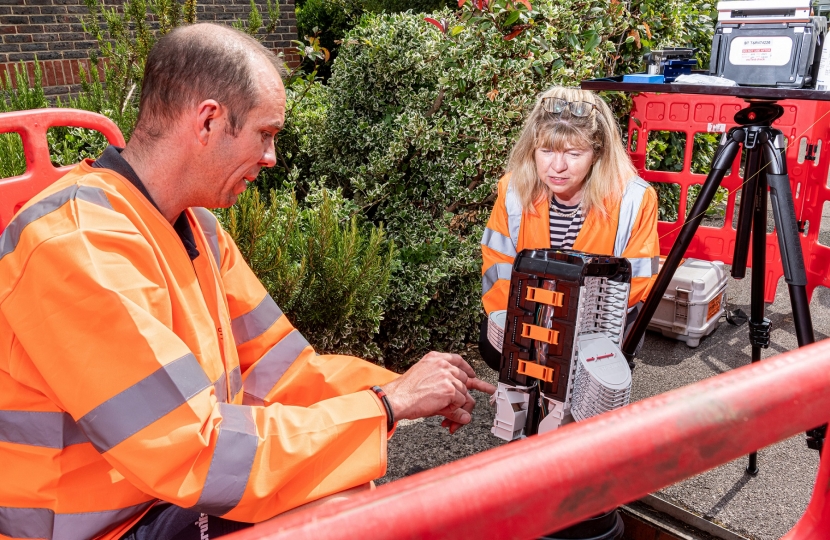 People across the Lewes constituency are set to benefit from a lightning-fast broadband boost, as 50,300 rural homes and businesses in East Sussex are set to get access to the fastest broadband speeds on the market thanks to the Conservative Government’s £5 billion plan to level up internet access across the UK.

The Project Gigabit fund is upgrading digital infrastructure for millions of people in hard-to-reach areas to accelerate the country’s recovery from covid, fire up high-growth sectors such as tech and the creative industries, put an end to families battling for bandwidth and bring the speed and reliability people need to start and run businesses.

Homes and businesses in the Lewes constituency are amongst the 1,850,000 additional premises across 26 English counties that will get access to gigabit speed internet of 1,000 megabits per second according to new details published this week. That’s enough to download an HD movie in less than 30 seconds and lay the foundations for next-generation tech such as 8K-quality video streaming.

The Conservative Government has already brought scope for this high-speed coverage to 2.2 million premises, with more to come across the country in coming months, as well as the tens of millions of premises that broadband firms are rapidly connecting through their commercial rollout.

This means the UK is on track for the fastest rollout in Europe this year, and for 60 per cent of all households to have access to gigabit speeds by the end of this year. The Government is also on track to hit its target of gigabit-coverage of at least 85 per cent by 2025.

Project Gigabit is levelling up rural areas across the country, thanks to an historic £5 billion investment, creating jobs and boosting British businesses with lightning-fast broadband speeds, as part of the Conservative Government’s pledge to build back better from the pandemic.

Maria Caulfield MP said “For too long, homes and businesses in the Lewes constituency have suffered from poor internet connectivity, leaving families battling for bandwidth and businesses unable to take advantage of emerging online markets across the world.”

“That is why the Conservative Government is investing £5 billion as part of Project Gigabit, which will bring speeds of up to 1,000 megabits per second to 50,300 homes and businesses in East Sussex- with the total number of premises covered to 2.2 million across the country. 60 per cent of all household will have access to gigabit speeds by the end of the year, the fastest rollout in Europe.”

“The broadband revolution will not only bring reliability and connectivity to rural homes, but it will fire up high-growth sectors, create jobs, allow everyone to access the lightning-fast speeds they deserve.”

Commenting, Digital Secretary Oliver Dowden said “Project Gigabit is our national mission to level up rural areas by giving them the fastest internet speeds on the market.”

“Millions more rural homes and businesses will now be lifted out of the digital slow lane thanks to our mammoth £5 billion investment and one the quickest rollouts in Europe.”

“This broadband revolution will create jobs, power up businesses and allow everyone to access vital services at lightning-fast speed, helping us build back better from the pandemic.”

Maria Caulfield MP has thanked Councillors on Polegate Town Council for their efforts to improve road safety and tackle speeding in the town.