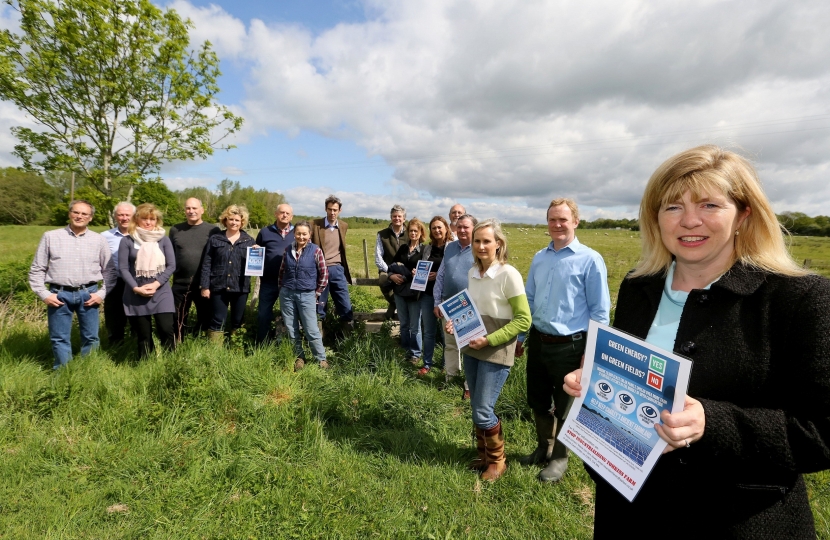 Maria has been standing alongside local residents opposing the plans for thousands of solar panels on agricultural land in Chailey.

The MP met with villagers at the proposed site and offered her support to their campaign against the solar farm.

Maria formally raised her objections to the plans with Lewes District Council on a number of grounds, as well as contacting Ministers to draw their attention to this case.

Maria reiterated that whilst she is not opposed to renewable energy at all, but it has to be at appropriate sites.

Maria was delighted that the campaign has been successful and the planning application was recently rejected by Lewes District Council's planning committee. Maria paid tribute to the work of local campaigners who had worked so hard making the case against this particular application.